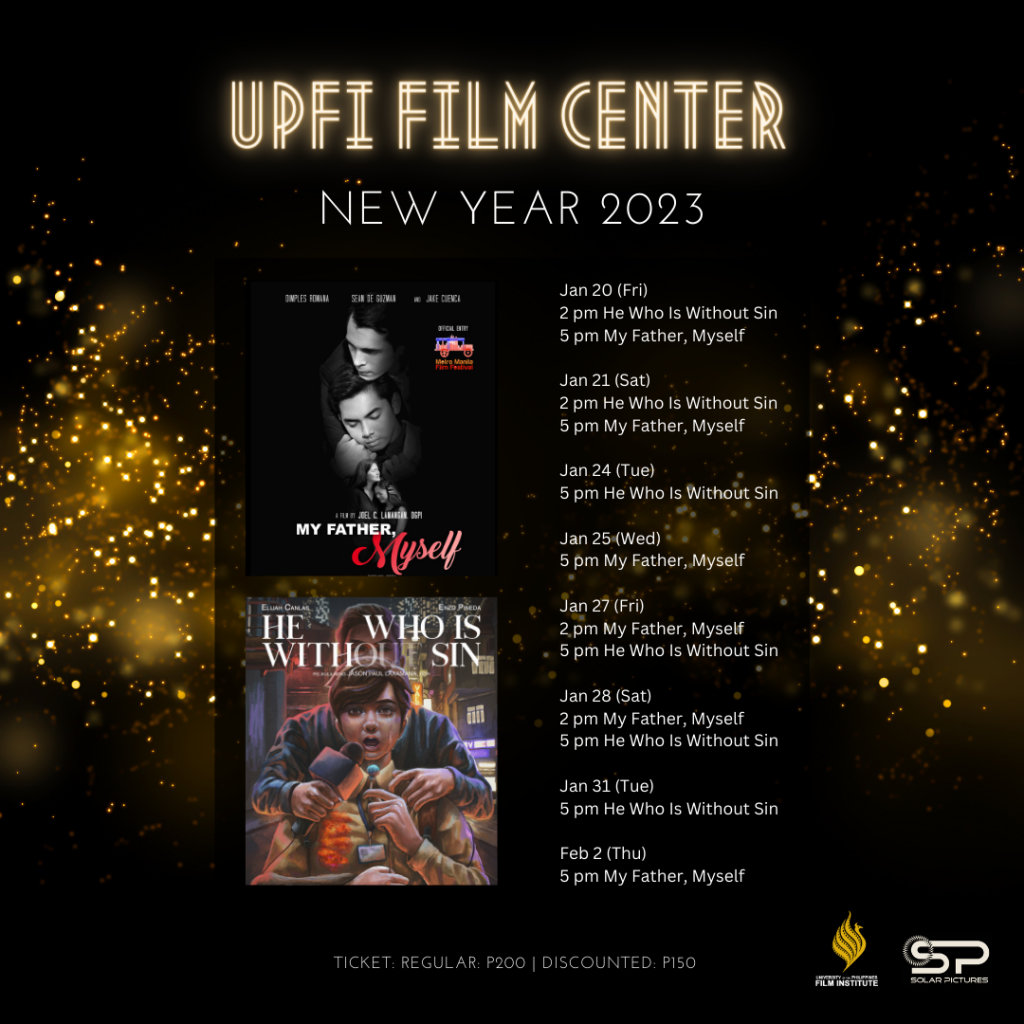 The UP Film Institute (UPFI) Film Center invites everyone to the screening of films directed respectively by Joel Lamangan and Jason Paul Laxamana on January 20, 21, 24, 25, 27, 28, 31, and February 2 at the Cine Adarna, UPFI Film Center.

Tickets are available at the cinema entrance.