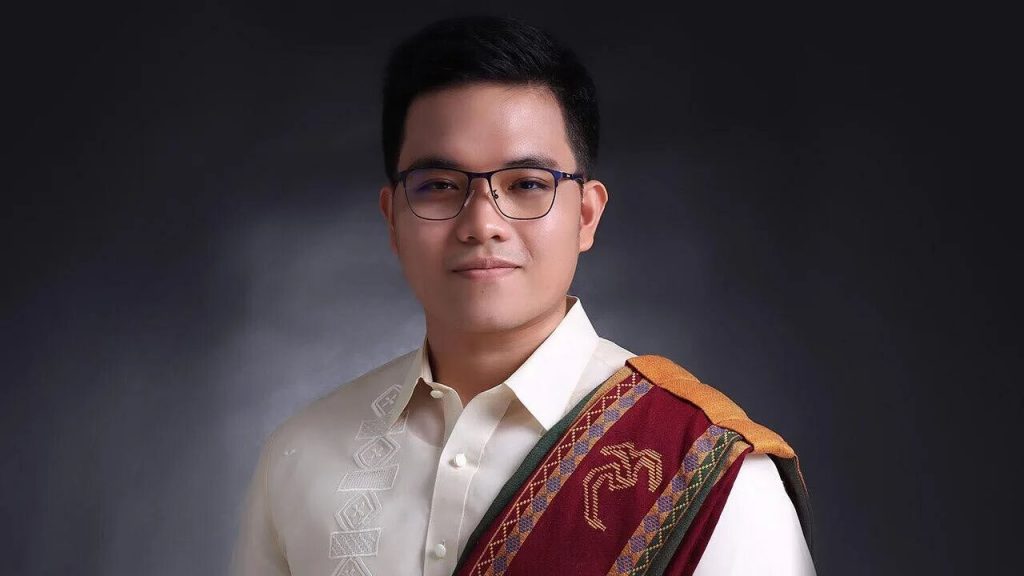 Juan Paolo Constantino Santos, 22, a Mathematics major, scored a cumulative weighted average grade of 1.187 – the highest grade ever recorded in the university since it was elevated to a constituent university on 2016.

Santos, who ended his valedictory speech during commencement rites on Friday, July 29 singing an excerpt from “I Believe”, the debut single of American Idol 2004 winner Fantasia Barrino, focused on holding on to personal dreams.

Santos’ journey to UP Cebu is an example of grit and perseverance.

“A lot of you are probably wondering, bakit nga ba ako nasa Cebu? Bakit ako nag-aaral sa UP Cebu? My dream was to study BS Math in UP. Unfortunately, I wasn’t able to pass any of my UPCAT courses and campus applications. When the UPCAT result was released, my name wasn’t there,” he said.

The UPCAT commute from his home to UP Diliman in Quezon city tired him.

“Around the Mathematics part of the exam, I fell asleep because I was so tired,” Santos shared with Rappler. He also found the reading comprehension and language portions very difficult.

Of four universities he applied to only UP did not accept him.

He enrolled in a Metro Manila school but applied for reconsideration in campuses offering BS Math: UP Diliman, UP Los Banos and UP Baguio and UP Cebu.

Only UP Cebu accepted the Parañaque resident.

Santos could not speak the Visayan language, he did not even understand it.

Holding on to dreams

Santos’s family, while of modest means, supported his dream. While their finances allowed only for the basics of life, a scholarship from the Department of Science and Technology (DOST) helped with other education expenses.

It was a “clutch grade,” as he did not find out until the last few weeks of the semester.

In his speech, Santos reminded fellow graduates of the university’s motto.

He attributes this success to his parents, who supported him throughout, and his significant other, Angelica Jane Reyes.

“She was there for me for as long as I can remember. It was very difficult since she is from NCR and I study in Cebu, but she was still there through my breakdowns and problems,” Santos told Rappler.

The math major channeled lessons in precision and accuracy.

“One plus one is not always two,” Santos said, adding, “Do not go for the obvious solutions; define your own operations, your ways and your actions.”

Santos’ stay in UP Cebu was not easy.

He only attended face-to-face classes for about a year and a half. He had a hard time joining organizations because of the online setup and language barriers.

“I believe we were the batch who faced the most challenges. From the first batch to take the K-12 curriculum to the COVID-19 pandemic, which resulted in having the online classes. We also experienced Bagyong Odette, which caused physical and mental damage to us students,” he told Rappler.

During face-to-face classes, Santos slept for only around three to four hours daily because of the academic workload.

He learned the hard way to prioritize his health over academics.

“I realized that healthy living would also lead you to manage your time very well. That is the reason why I was able to manage my time during the online classes,” Santos shared.

He committed to sleeping before midnight and relied on habits and discipline. To him, motivation is just the starting engine of your productivity.

(It will help you at the start. But once you have gotten the habit and the discipline, even when motivation flags, you will find yourself doing tasks because of the habit of doing these before deadline.)

Mathematics always fascinated Santos even as a child in elementary school. While he was not an academic achiever during that time, he was already set on a career related to mathematics.

He graduated high school valedictorian from the Manresa School – Hijas de Jesus, where he was awarded best in general mathematics, statistics and probability, pre-calculus, basic calculus, trigonometry, physics, and chemistry.

“I love the proving and theory world of mathematics more than the computations and applications,” he added.

This was where he took the inspiration for his thesis topic about the number system, called the p-adic numbers and p-adic integers, where he “…proved in detail some of its properties, such as being a profinite group, compact, and disconnected.”

Santos plans to apply to UP Diliman’s MS-Mathematics program. While hoping for another DOST scholarship, he is also willing to work while taking up higher education. – Rappler.com

Maverick Avila studies Communication specializing in Creatives and Journalism at the University of the Philippines Cebu. He was a Nation News intern for Rappler during the 2022 National Elections. Now, he’s working as a film producer for an independent feature film in Bohol while contributing stories to Rappler.