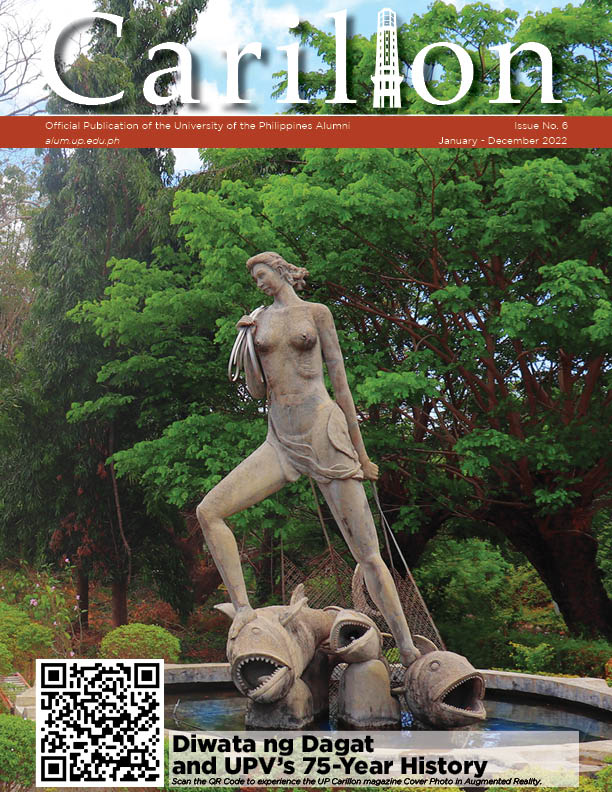 The Carillon is the official UP alumni newsletter, published since the 1950s. Its publication and distribution are managed by the UP System Office of Alumni Relations with the Director as official editor. With the objective of giving UP alumni a continuing communication link with and a sense of connection to the University and fellow alumni, The Carillon contains original feature articles from the different UP units, UP alumni chapters, and from fellow individual alumni. The new 2022 issue has UP Visayas Diwata ng Dagat statue in its front cover which may be viewed in Augmented Reality using iPhone (running at least iOS 13), iPad (running at least iPadOS 13), and Android. Feature stories include the Diwata ng Dagat and UPV’s 75-Year History as Cover Story; the story of five decades of alumni engagement of the UP SILAK Brotherhood and UP SILAB Sisterhood in UP Visayas; and a Spotlight on the Ilonggo-born brotherhood and sisterhood of UP Hamili and UP Hamilia. A special treat is the centerspread photo essay of select locations in Revisiting the University of the Philippines Visayas. Additionally, the issue also includes stories of our alumni in the Philippines and abroad. Regular sections like In Memoriam, Accolades, and Topnotchers List are still part of the issue to recognize our supportive and outstanding alumni.


3 CAMPUSES, ONE LEADING CENTER OF LEARNING.

UP Visayas is probably the only unit of UP whose campuses stretch across two regions – the Miagao and Iloilo City campuses in Region 6 and the Tacloban campus in Region 8. The center of fisheries education in the country, UP Visayas (UPV) aims to contribute to the development of the country through relevant instruction, research, extension programs,and training in the fields of aquaculture, fish processing technology, marine fisheries, aquatic biology, and coastal resource management. UPV also hosts a regional research center (RRC) with sections for microbiology, biochemistry, biotechnology, instrumentation, and software development. 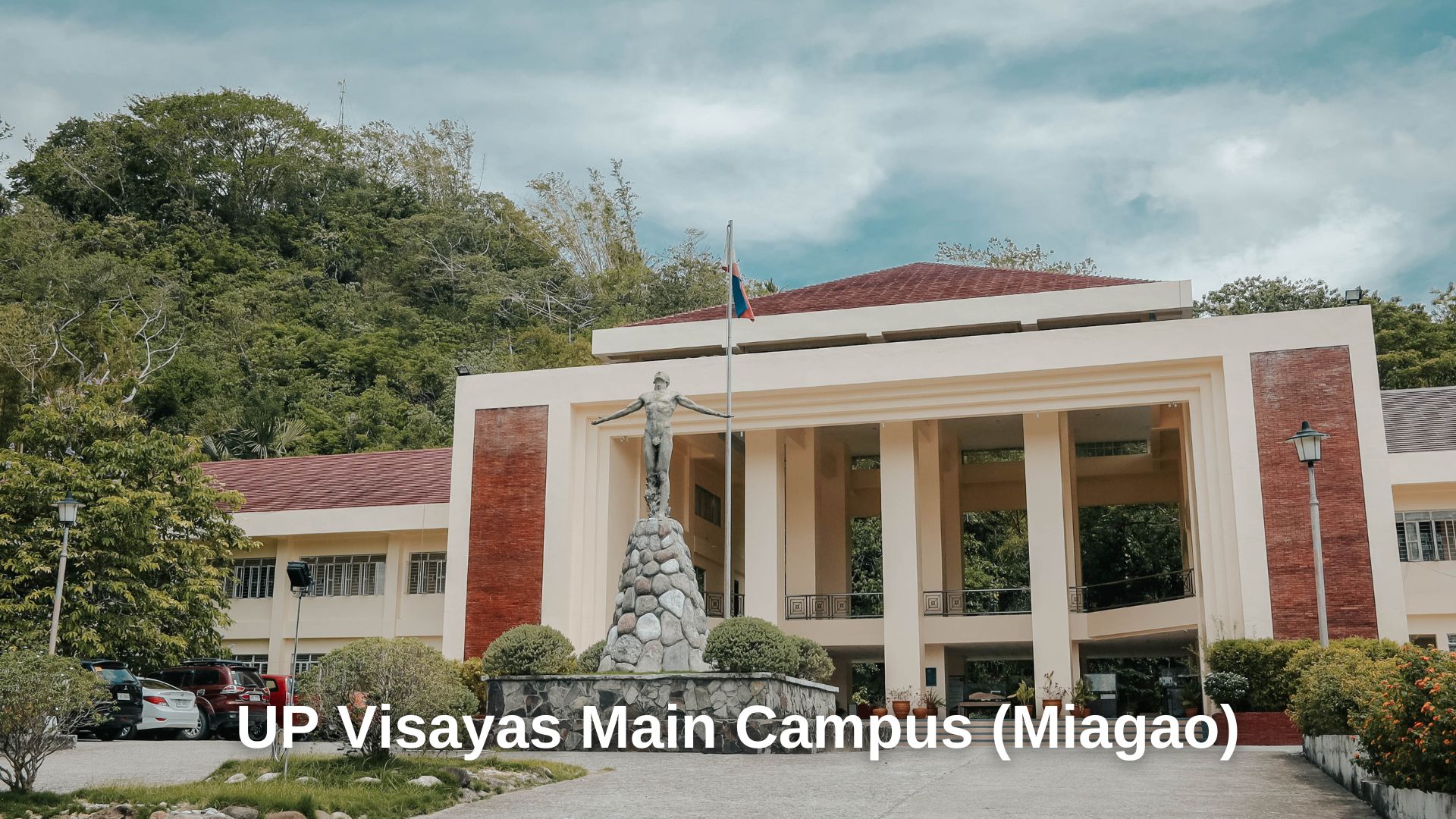 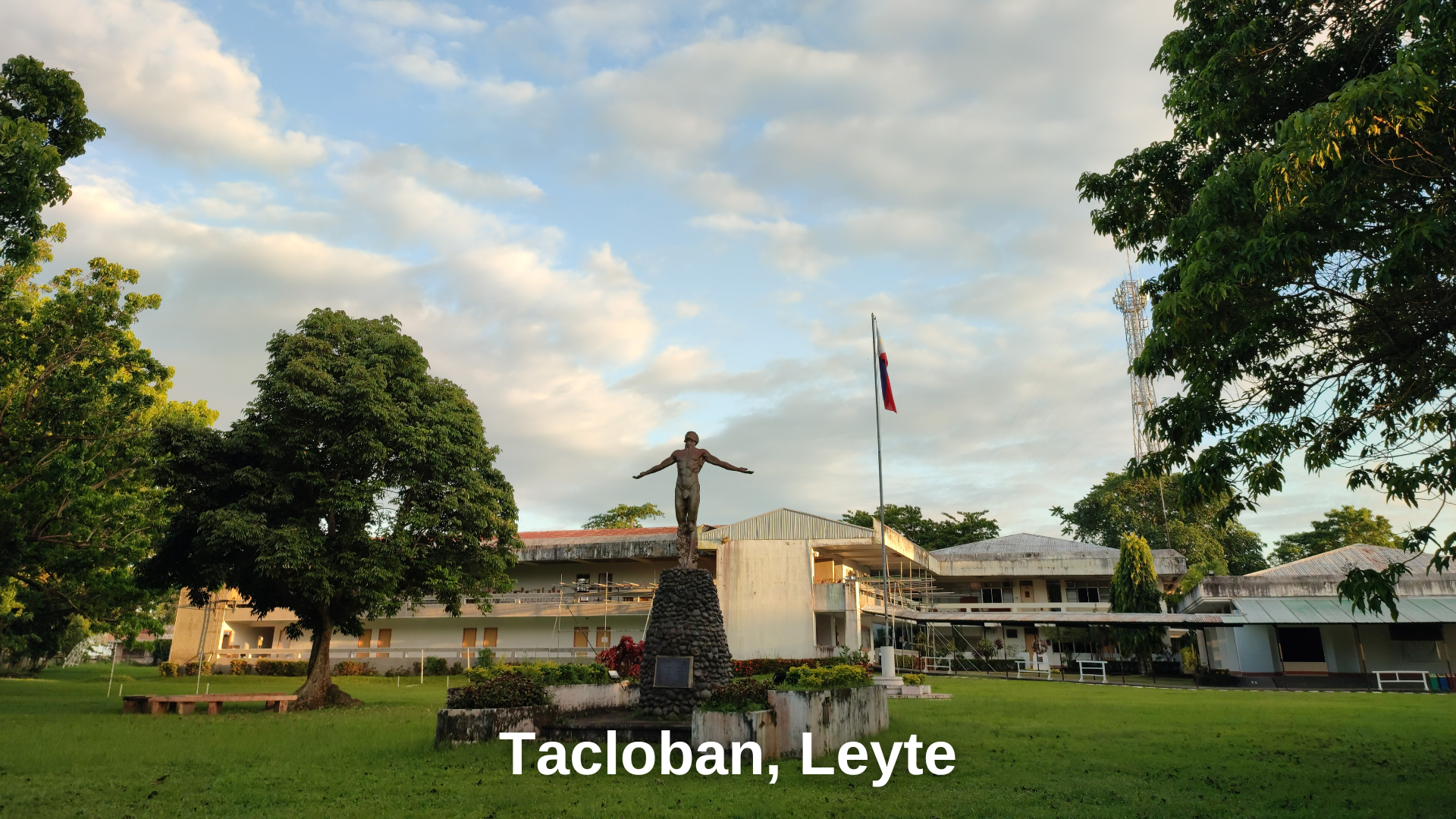 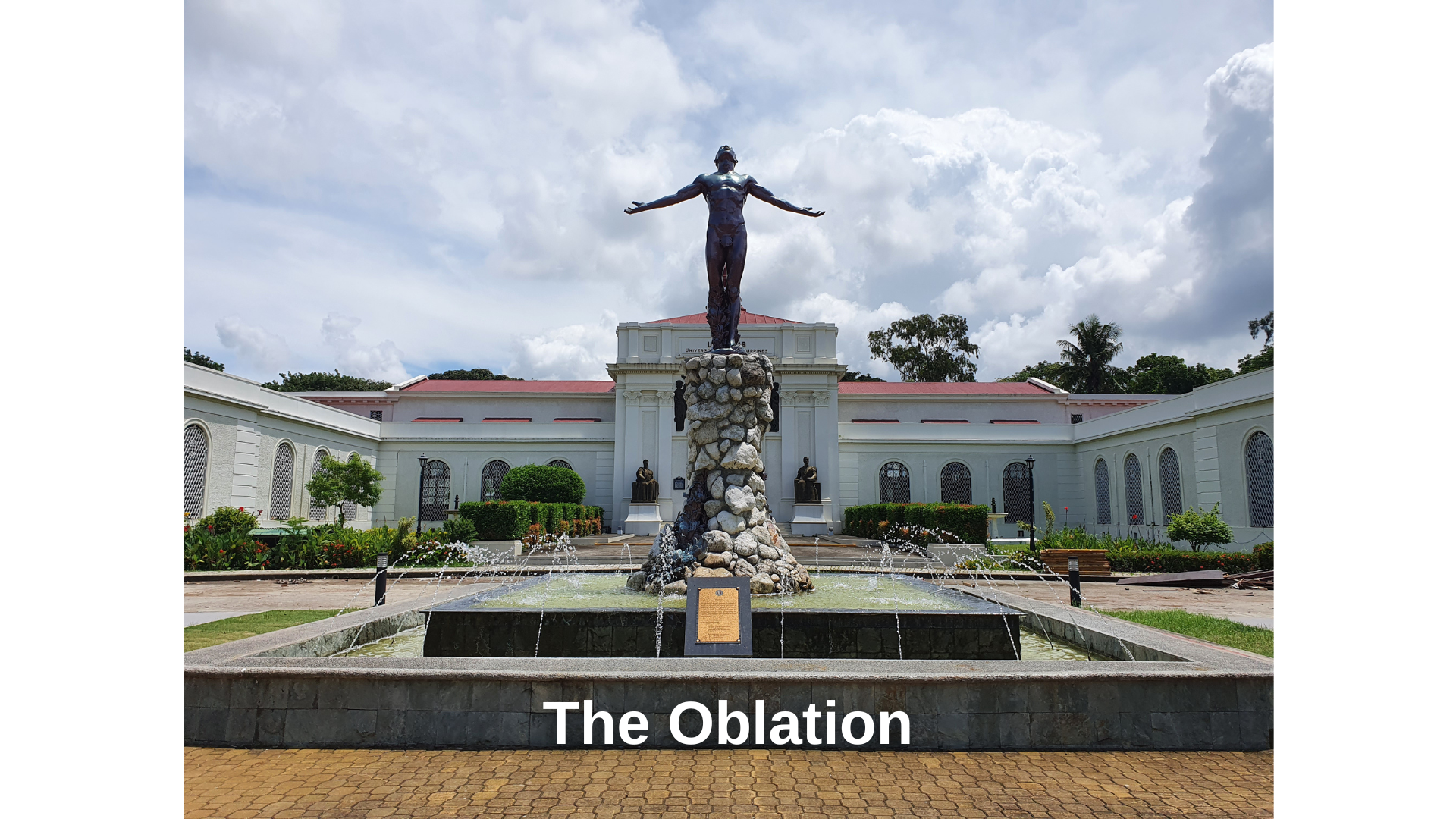 The UP Oblation has been reinstalled in front of the Main Building (Old Iloilo City Hall) with a fountain surrounding it. The Main Building designed by Juan Arellano in the 1930s has been restored and gloriously frames the statue that symbolizes the national university. UP Professor Emeritus Grace “Gigi” Alfonso designed the interactive pedestal for the Oblation. Starting out its life as Iloilo’s City Hall, the neoclassic main building of the Iloilo City campus was designed by National Artist for Architecture Juan Arellano. His frequent collaborator, an Italian sculptor named Francesco Ricardo Monti, crafted the two bronze figures at the entrance named Law and Order. 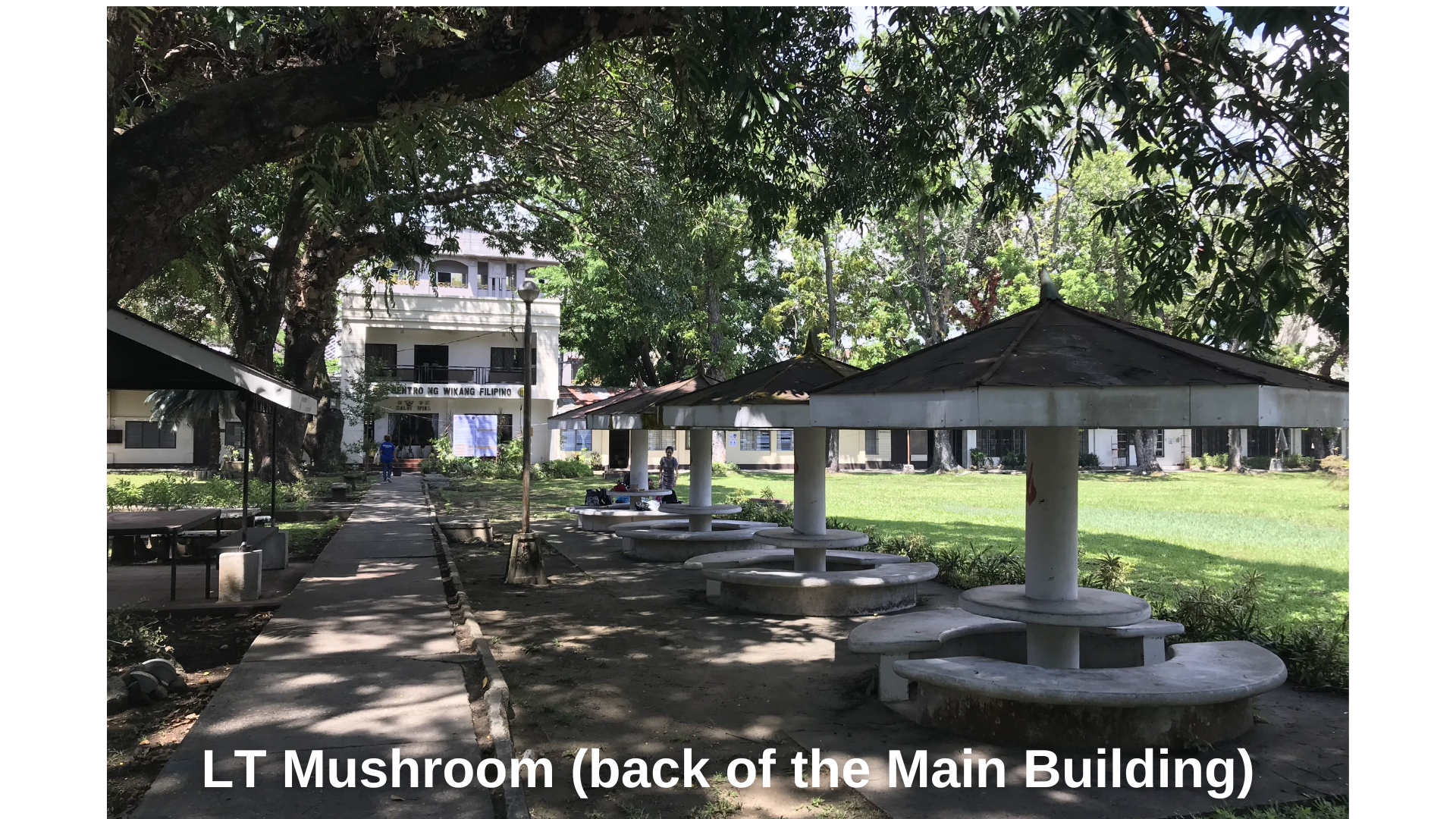 In complete contrast to the cacophany outside its walls, the soundtrack inside the Iloilo City campus is composed of the wind tickling the leaves of the narra, acacia, mango, and mahogany trees and the constant chirping of the pied triller, golden bellied gerygone, olive backed sunbird, chestnut munia, and Eurasian tree sparrow. 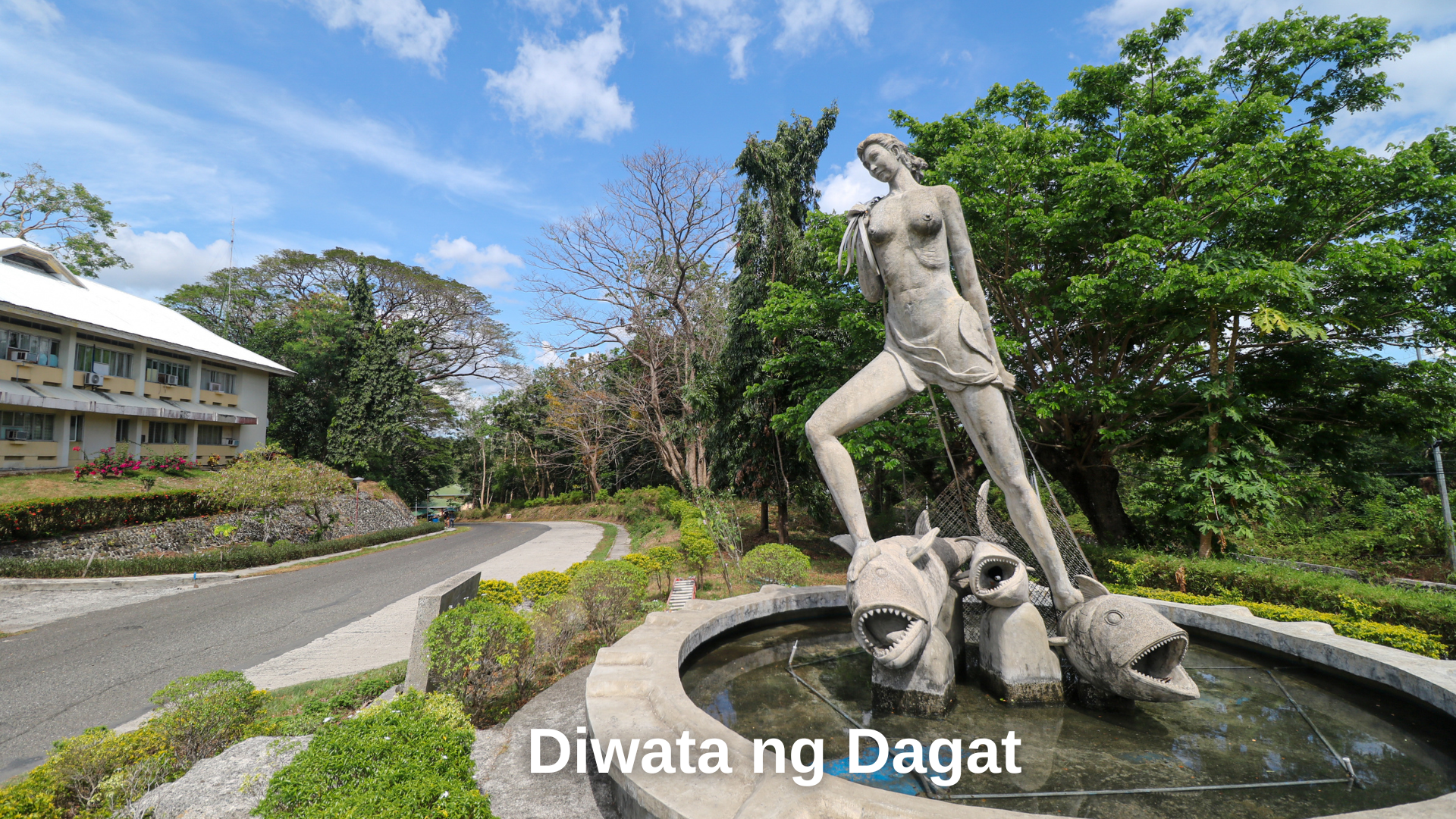 Diwata ng Dagat (Goddess of the Sea), a 16-foot sculture by National Artist Napoleon V. Abueva, stands tall and strong across the old Administration building of the Miagao campus. Diwata ng Dagat is a fitting depiction of UP Visayas’ commitment to its role as national center of excellence in marine science, fisheries, and aquaculture. 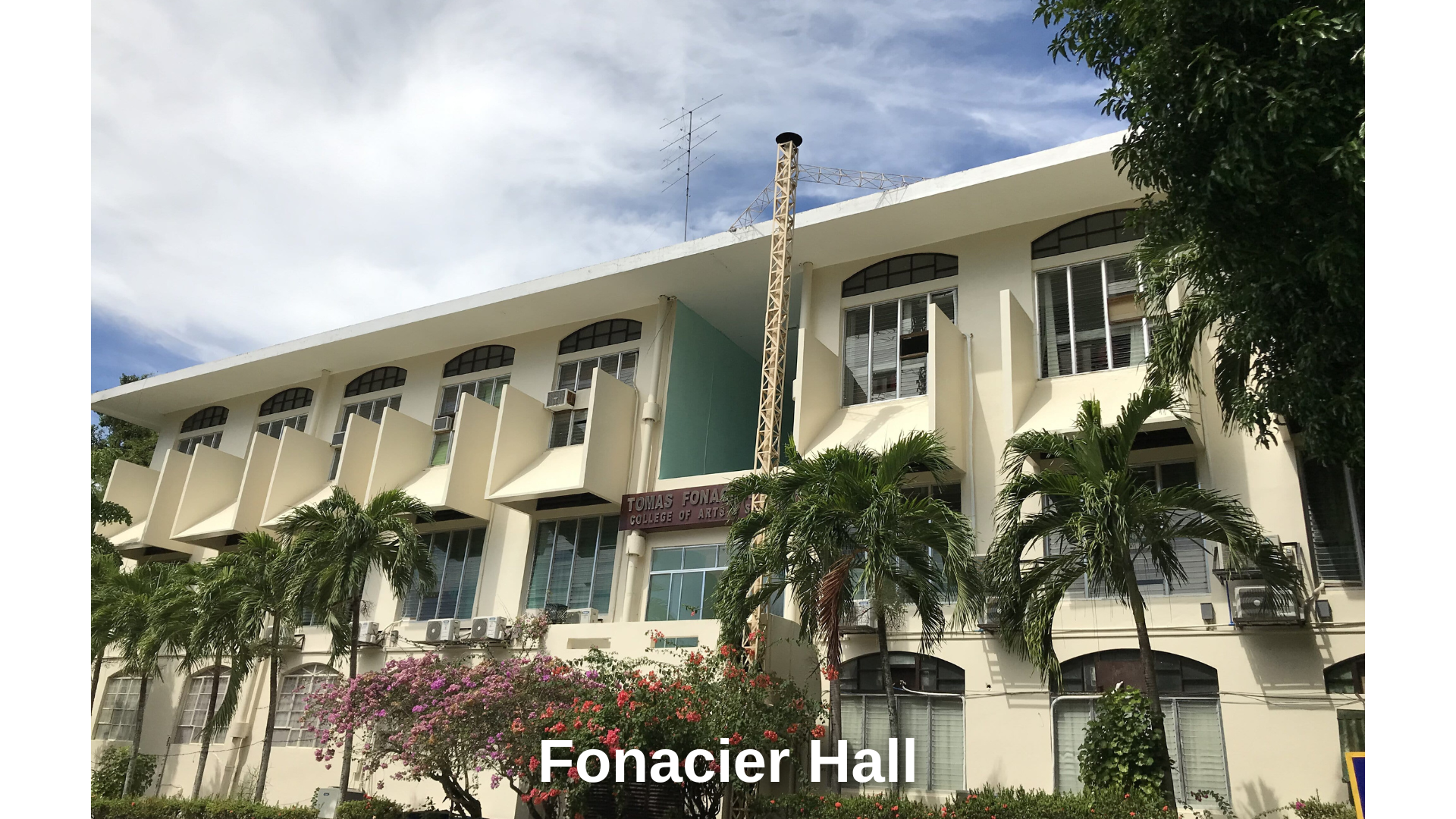 Named after Tomas Fonacier, founding dean of U.P. Iloilo, Fonacier Hall houses the College of Arts and Sciences. Right beside it is a park where the cawing and chirping of the Philippine tailorbird, coucal, collared dove, and fantail, the olive-backed sunbird, collared kingfisher, zebra dove, and hooded pitta compete with the conversations of org mates and people who enjoy being immersed in greenery. Students of the College of Fisheries and Ocean Sciences have been known to point to the Panay Gulf with the pride and tell their relatives and friends, “That’s our laboratory.” Miagao is the main campus of UP Visayas. Aside from Tacloban, Miagao is the only seaside campus of the UP System. 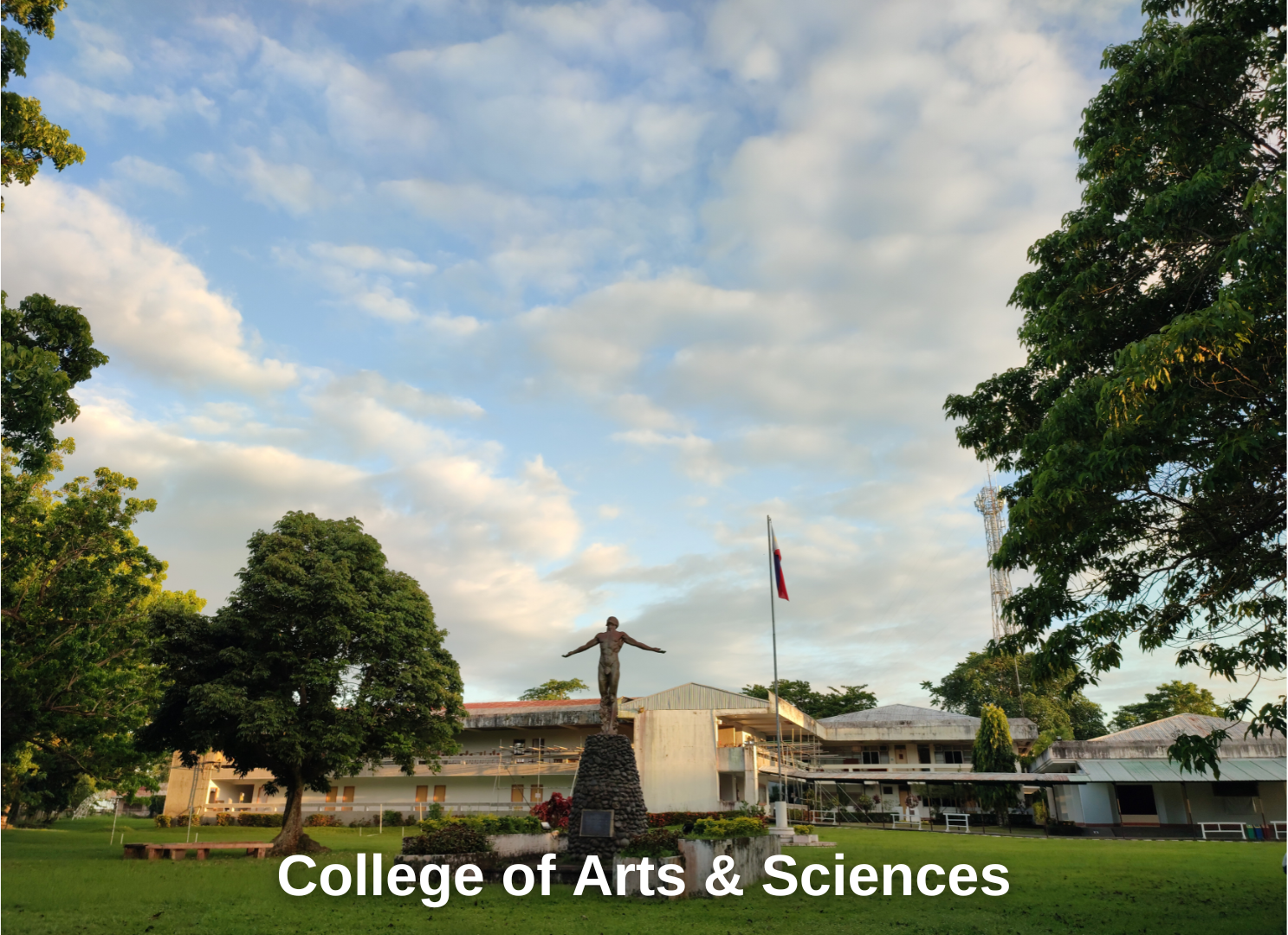 Established in 1973, UP Tacloban is ranked the best in Region 8 for its programs in Accountancy, Biology, Computer Science, and Psychology. It is one of the top performing schools in the Psychometrician Board Exams, and its Communication Arts program has produced award-winning writers and performers. The College also now offers an MS in Environmental Science program, and its recently launched an undergraduate program in Applied Mathematics. 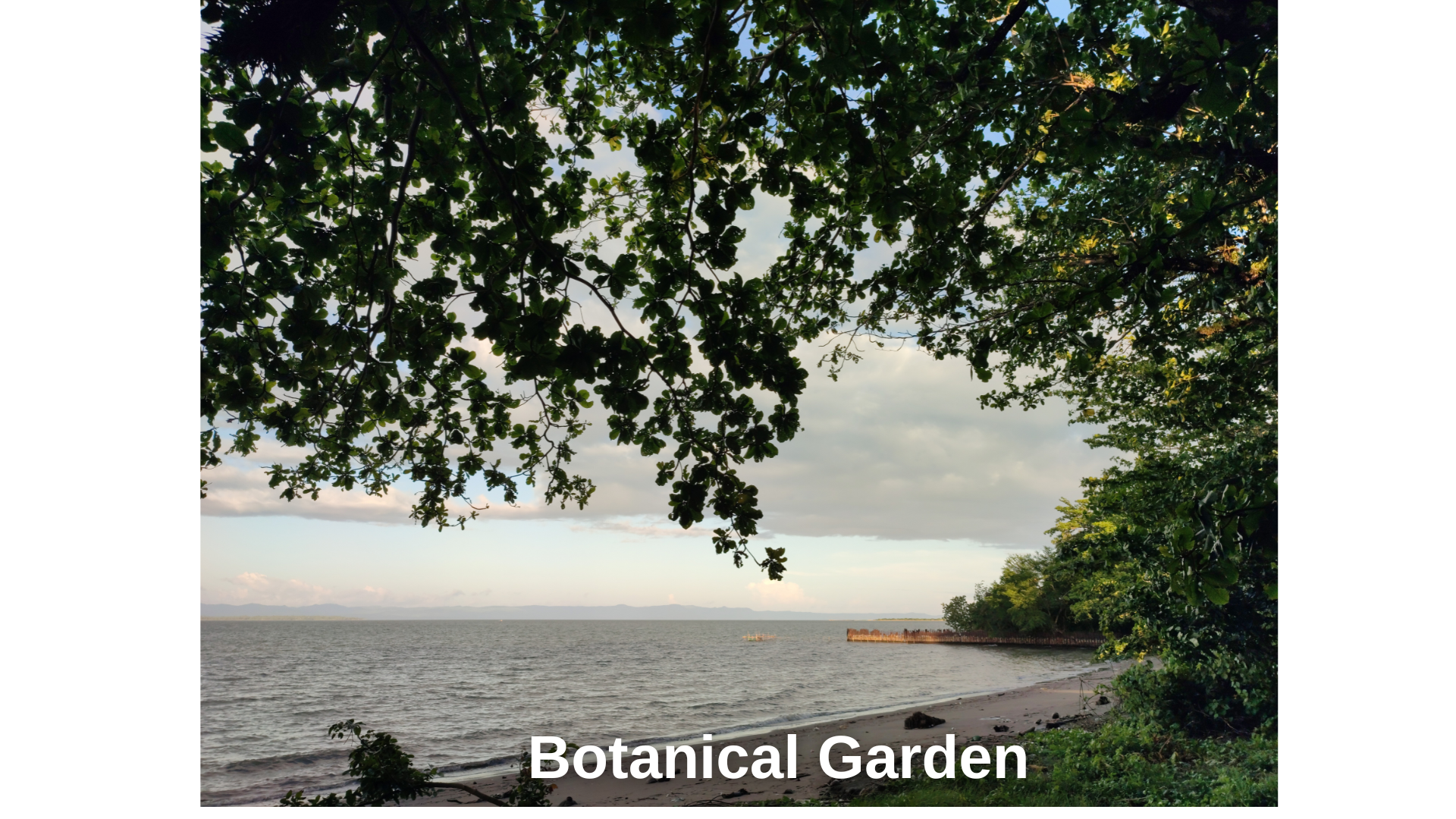 Mere meters from the Oblation, the Botanical Garden faces the beautiful Cancabato Bay. Visitors are greeted by the calm of the garden and the gentle sea breeze. The garden becomes somber every November 8 as it is an important commemoration site for the victims of supertyphoon Yolanda. This is one of the most popular chill-out spots for students looking for relief from the stress of their academic workload. One hundred butterflies were released into the garden at its inauguration during the UP Centennial in 2008. Prior to the pandemic, it was a laboratory for Biology students tagging the plants as part of their lessons in Botany. The symbolism of Diwata ng Dagat. Featuring Dean Encarnacion Emilia S. Yap of the College of Fisheries and Ocean Sciences and Former Staff Regent Anna Razel L. Ramirez.

The UP Carillon Magazine is the official publication of the Alumni of the University of the Philippines. It provides a direct communication link to our alumni with stories and updates on campus developments, alumni updates, and other relevant information that will galvanize their sense of connection to the University. It has been published as a quarterly newsletter since the 1950s but was discontinued in 2008 due to the financial issues. In 2017, the UP Carillon was re-launched as an annual full-color Alumni Magazine to meet the information needs of our alumni who prefer a hard copy over the online magazine option. About 2,000 units of UP Carillon Magazine are distributed during UP Alumni Homecoming events in the Philippines and abroad.

However, with the advent of the Universal Access to Quality Tertiary Education (RA 10931), which provides for free tuition and other school fees in State Universities and Colleges, the UPS-OAR can no longer collect Alumni Fees to cover the publication costs of the UP Carillon Magazine.

In this light, we would like to seek your support for the continued production and publication of UP Carillon Magazine, which inspires our alumni to take an active interest in building a university that is relevant to the changing times.

To donate for the UP Carillon Magazine, please click the button below.

GIVE TO UP CARILLON MAGAZINE FUND

This section contains previous issues of the UP Carillon Magazine since its inaugural maiden issue in 2017. In celebration of UP Baguio’s 60th Foundation Anniversary, The Museo Kordilyera is the featured Cover Feature Story for the 2021... 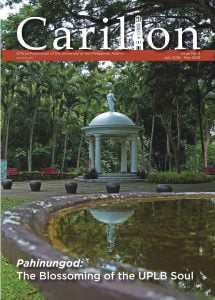 The new issue has UP Manila the Celebration of Life statue in its front cover which may be viewed in... 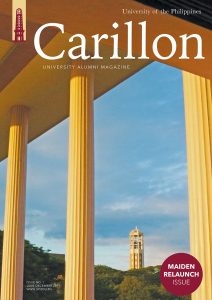 The Carillon is the official UP alumni newsletter, published since the1950s. Its publication and distribution are managed by the Office...