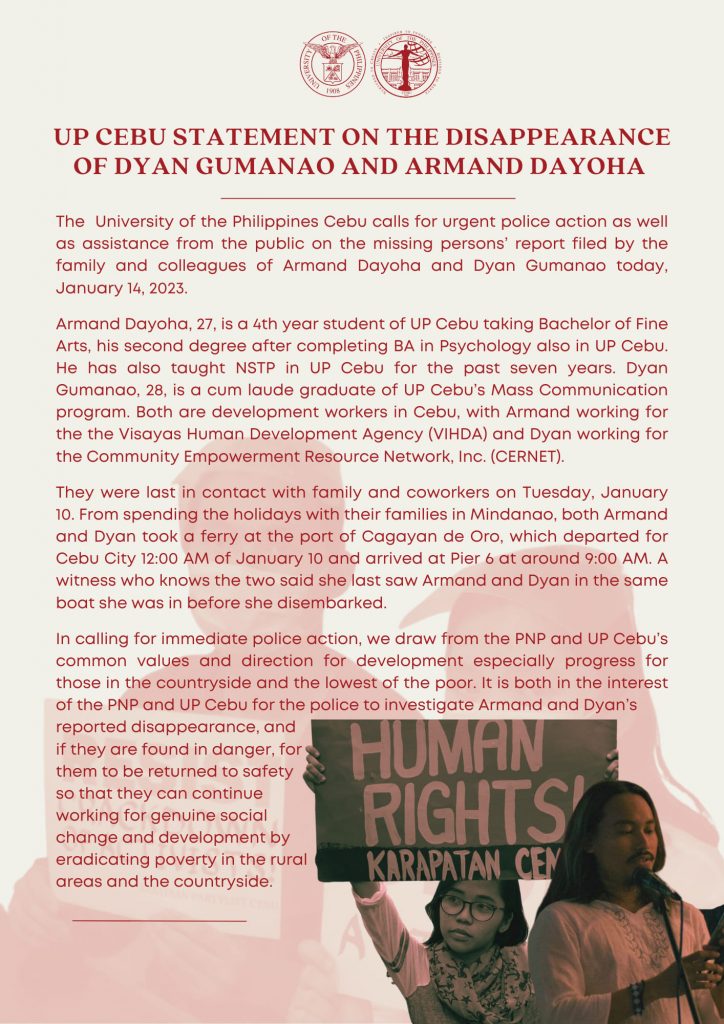 The University of the Philippines Cebu calls for urgent police action as well as assistance from the public on the missing persons’ report filed by the family and colleagues of Armand Dayoha and Dyan Gumanao today, January 14, 2023.

They were last in contact with family and coworkers on Tuesday, January 10. From spending the holidays with their families in Mindanao, both Armand and Dyan took a ferry at the port of Cagayan de Oro, which departed for Cebu City 12:00 AM of January 10 and arrived at Pier 6 at around 9:00 AM. A witness who knows the two said she last saw Armand and Dyan in the same boat she was in before she disembarked.

In calling for immediate police action, we draw from the PNP and UP Cebu’s common values and direction for development especially progress for those in the countryside and the lowest of the poor. It is both in the interest of the PNP and UP Cebu for the police to investigate Armand and Dyan’s reported disappearance, and if they are found in danger, for them to be returned to safety so that they can continue working for genuine social change and development by eradicating poverty in the rural areas and the countryside.