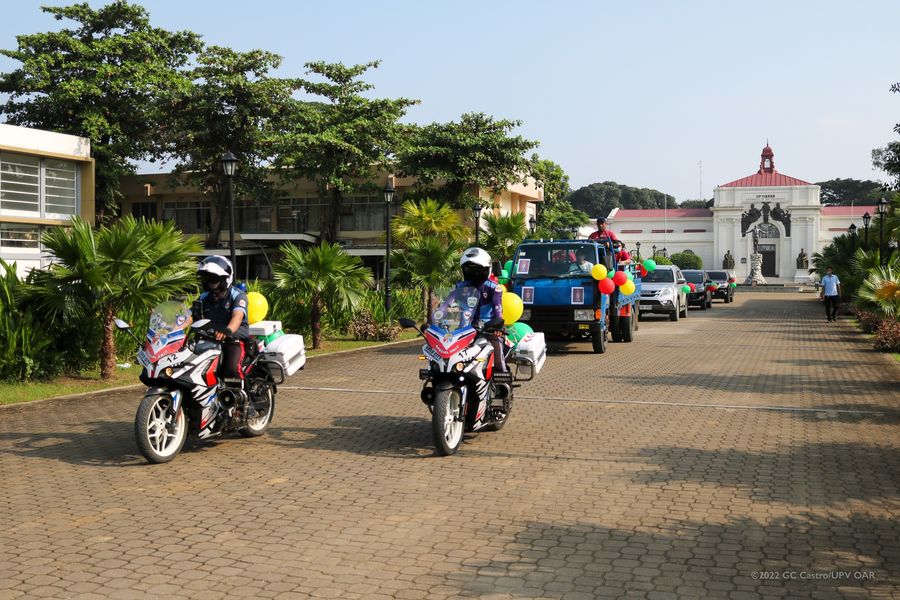 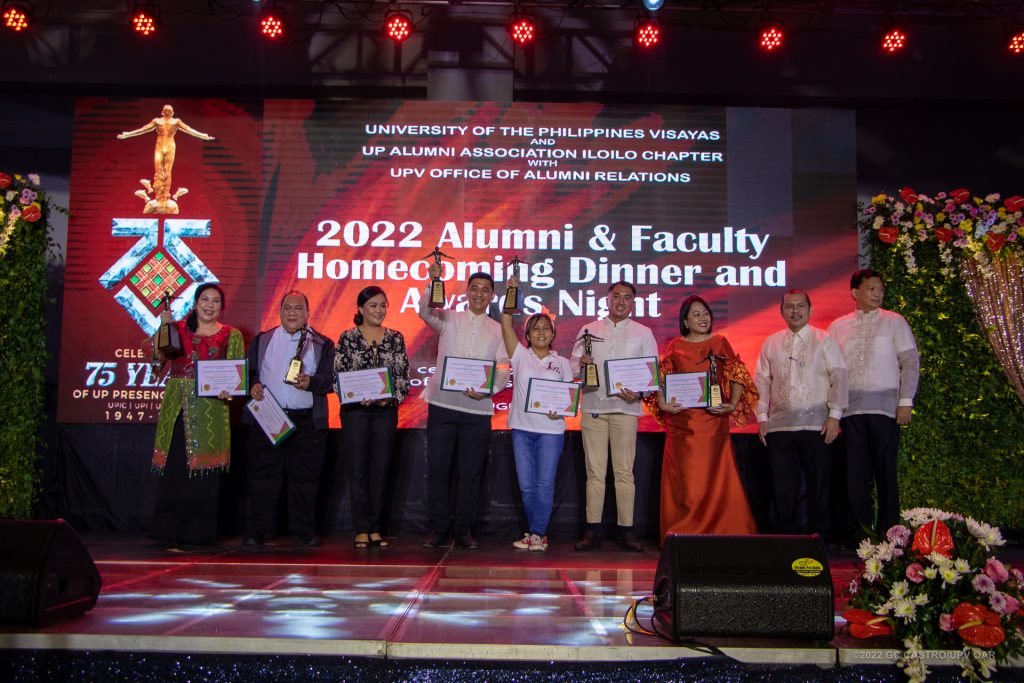 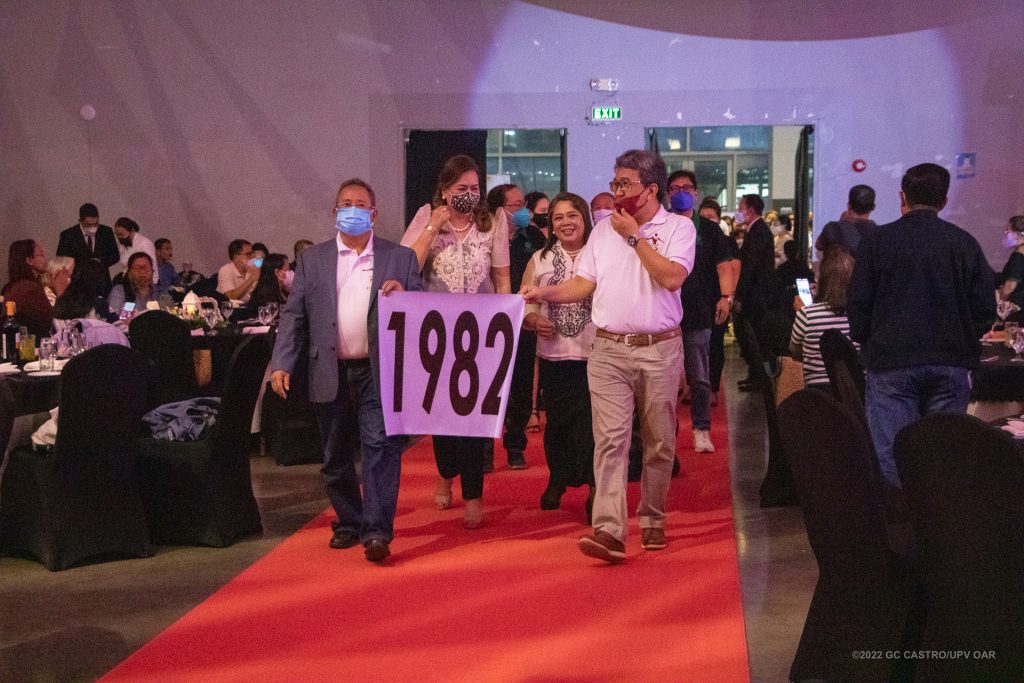 The University of the Philippines Visayas (UPV) transitioned to the new normal with face-to-face events for the 2022 UPV Alumni and Faculty Homecoming. It was the first time since the outbreak of the pandemic that the alumni were able to physically attend the homecoming events at the University and reunite with their classmates.

Pre-events such as the blood donation campaign “Dugo Kay Isko” organized by UPVHS ’81 and the UPV College of Management’s reunion “Bluechips: Back To Base” were held on Saturday, August 13. The Homecoming Week kicked off with a motorcade on Sunday, August 14, that passed through the various districts of the city.

A formal opening program was held the following day, August 15. UPV Chancellor Clement C. Camposano and UPV OAR Director Rey Carlo T. Gonzales gave their opening remarks. Retired professor Ma. Luisa ‘Meloy’ E. Mabunay served as the guest speaker. She reminisced about her days as a History student in the 60s, becoming a member of the faculty, and serving as an administrator.

Several activities ran throughout the rest of the week. These included OAR’s “Replica Classroom” and “UPV FilmFest,” One UPV’s “Laum” art exhibit, and Handumanan Project’s display and sale of its coffee table book “Padayon nga Maragtas.” Other events include the College of Fisheries and Ocean Sciences’ “CFOS Virtual Homecoming” on August 16 and UPV’s awarding of the “Pandemic Heroes” on August 19.

Homecoming Day was held on August 20 with the regular annual events. Among them were “Run UP!” organized by Silak and Silab, the “Homecoming Mass” sponsored by Scintilla Jvris and Stella Juris, the “VArrio Fiesta Brunch” sponsored by Validus Amicitia, and “Golden Lunch,” Silak and Silab’s offering for retired faculty and staff. More cluster gatherings were held, such as the well-attended “Goldies Day” organized by iAmUPHi and the “SoTech Socials and Bingo” by the SoTech Alumni Association. A trade fair and the elections for the UP Alumni Association Iloilo Chapter’s Board of Directors were held all day long during Homecoming Day.

The weeklong celebration culminated with the grand Homecoming Dinner and Awards Night organized by UP Alumni Association Iloilo Chapter (UPAAIC). It was held on August 21 at the Iloilo Convention Center, with over five hundred participants in attendance. Jubilarians were highlighted during the event. Seven outstanding alumni received the “UPV Outstanding Professional” award, while former Sen. Franklin Drilon was given the “Lifetime Achievement Award.”

Some of these events were also streamed live online on the UPV Office of Alumni Relations (OAR) Facebook Page for alumni around the world to witness.

The annual homecoming is organized by UPV OAR, UPAAIC, in partnership with the various alumni associations, organizations, offices, and colleges of UPV. The event is part of the University’s larger celebration of 75 years of UP Presence in Iloilo.