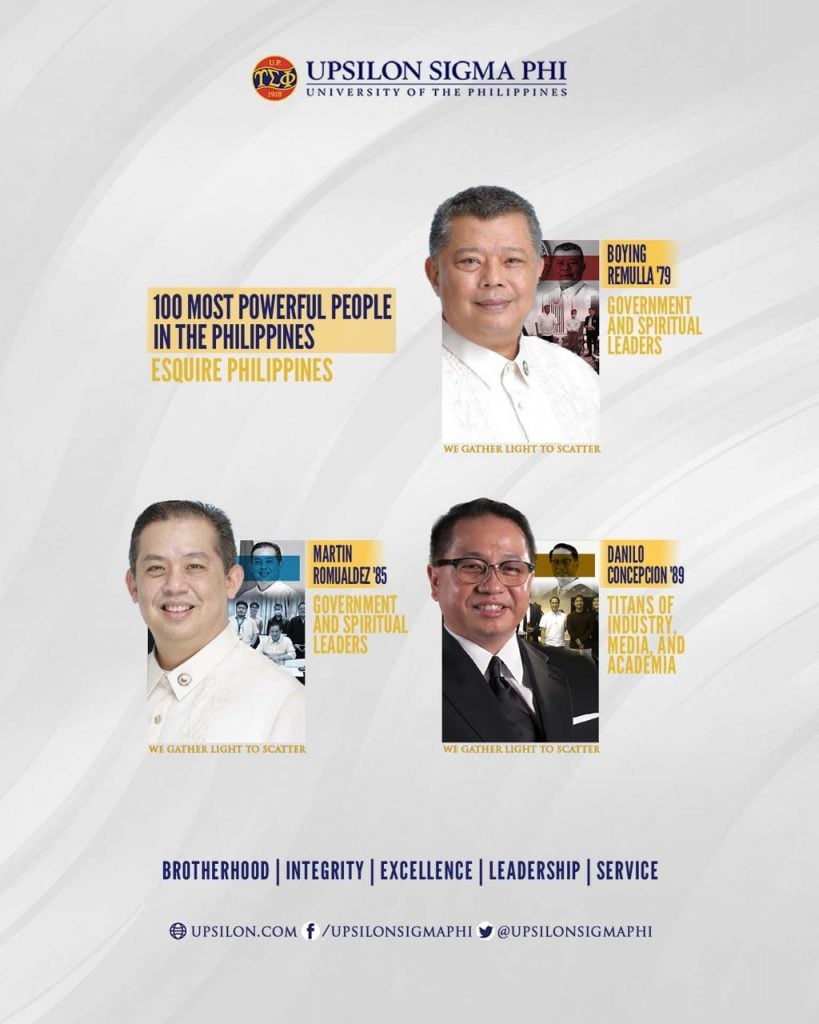 The individuals included in this list are recognized for their power and influence in their respective professions. The list is divided into three categories: Government and Spiritual Leaders, Titans of Industry, Media, and Academia, and Wielders of Soft Power. 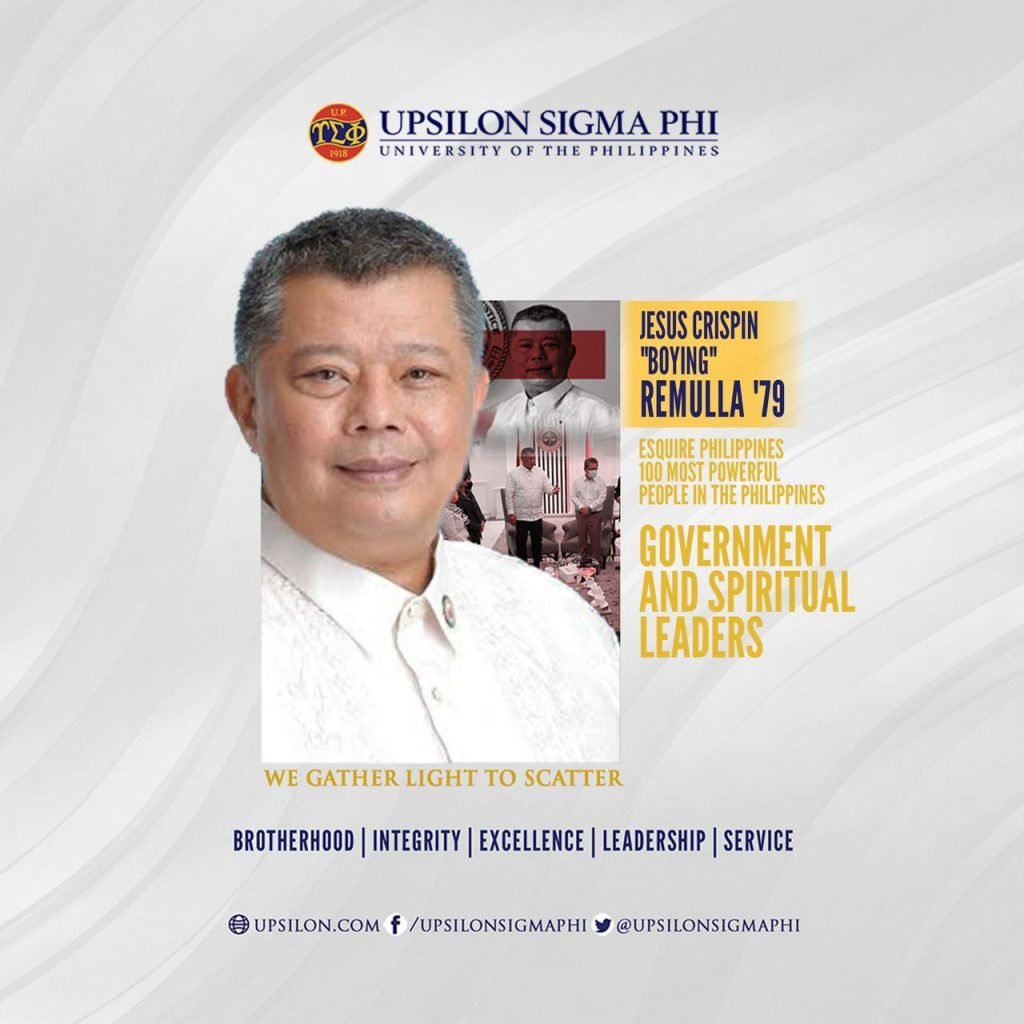 He graduated with a Bachelor of Arts degree in Political Science from UP Diliman in 1983. He then obtained his Bachelor of Laws degree from the UP College of Law in 1987. 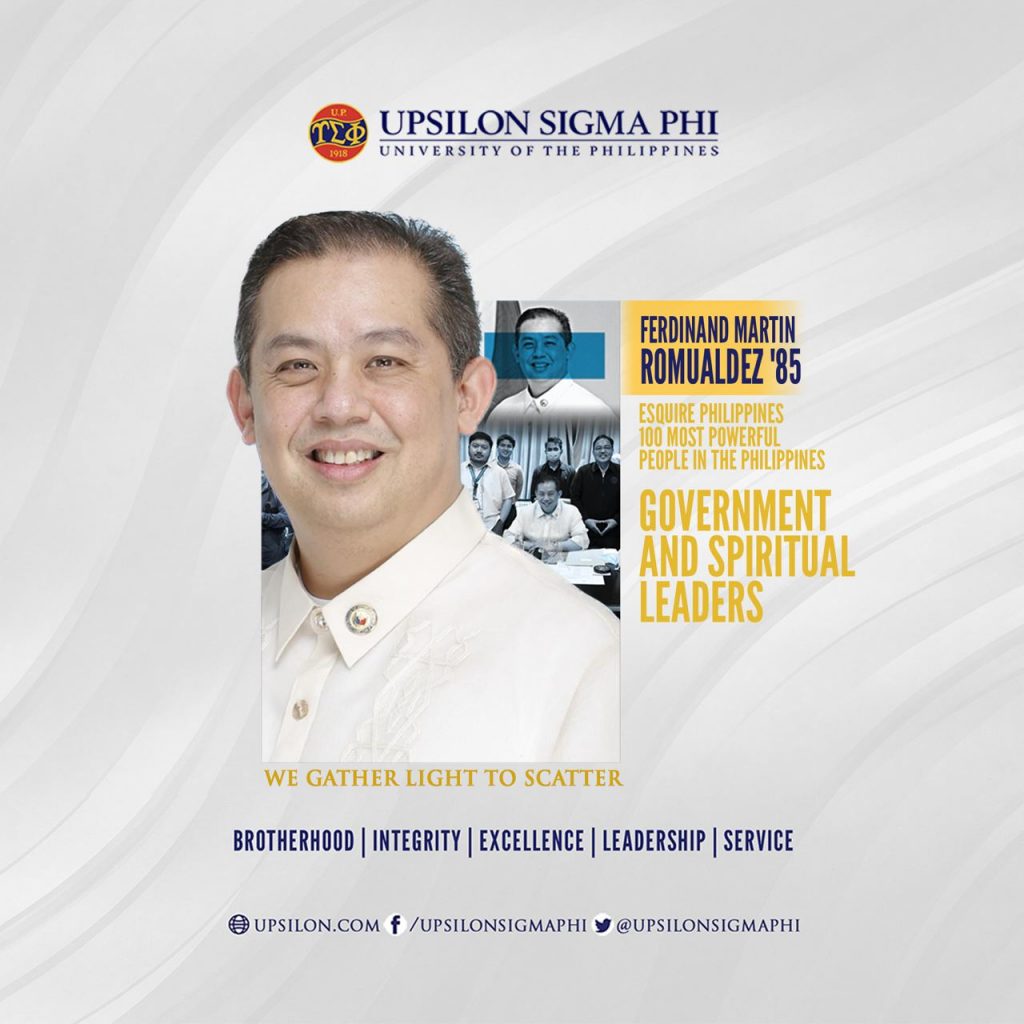 House Speaker Martin presently serves as Congressman of the 1st District of Leyte. Prior to becoming Speaker, he was Majority Floor Leader of the House from 2019 to 2022. Martin was also Chairman of the Board for Equitable PCI Bank and Director for various other companies such as the Philippine Commercial International Bank and Equitable Card Network. He concurrently works as Director of the CARPA Realty Development Corporation and Trustee of the Remedios Trinidad Romualdez Medical Foundation.

He graduated with a Bachelor of Arts degree in Government from Cornell University in 1985. Martin then obtained a Certificate of Special Studies in Administration and Management from Harvard University in 1988. He subsequently completed his Bachelor of Laws degree at the UP College of Law in 1992. 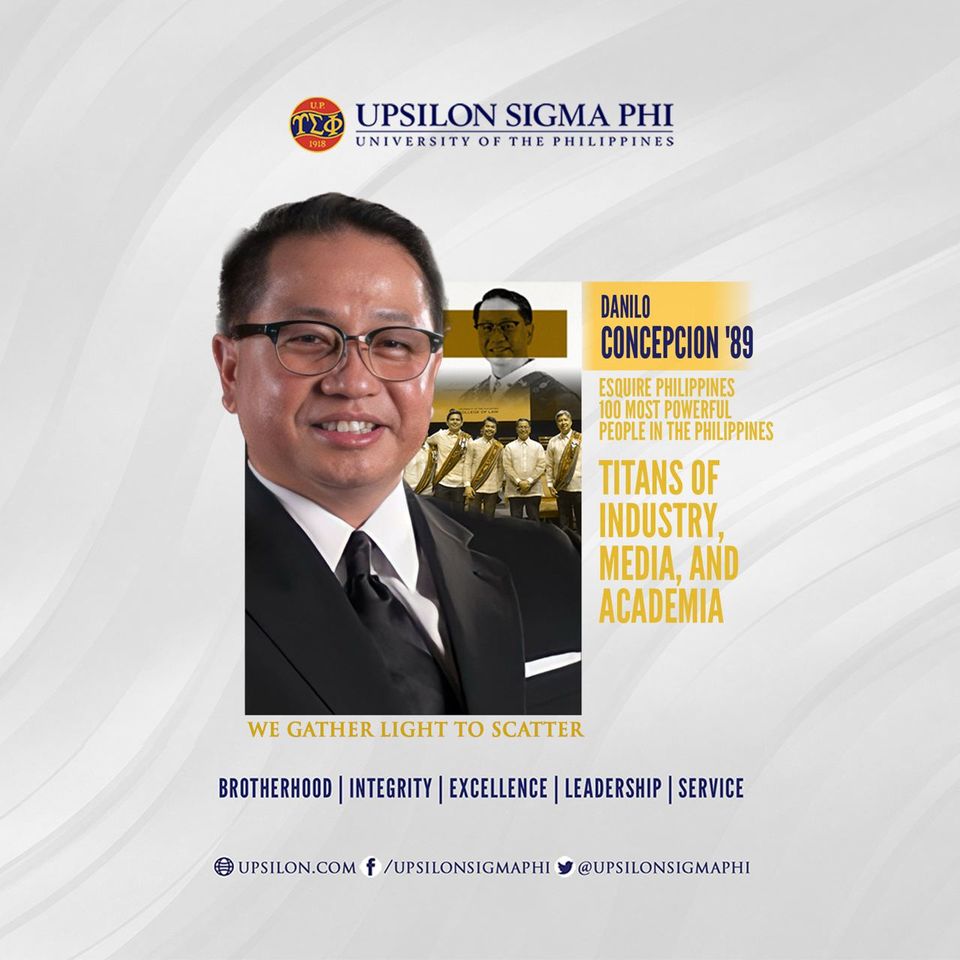